The Future Circular Collider (FCC) study is a design study for a post-LHC particle accelerator within the 21st century.

Expanding our understanding of the fundamental laws of nature requires the energy and precision frontier to be pushed further. Reaching this goal within the 21st century in a sustainable way calls for new circular colliders of higher efficiency and performance.

The Future Circular Collider study (FCC) explores the feasibility of post-LHC particle colliders that will offer a bigger, bolder leap in high-energy physis.


The FCC study forms the core of globally coordinated R&D programmes designed to converge towards a single vision for a new large-scaale research infrastructure. It includes the study of the physics opportunities, development of novel concepts for detectors, and particle accelerator scenarios and the advancement of key enabling technologies. FCC also comprises the description of infrastructures, cost and reliability studies, as well as the preparation of a global collaboration with appropriate governance structures.

At the end of 2018, the FCC collaboration delivered a Conceptual Design Report (CDR), together with preliminary cost estimates and feasibility assessments. The CDR documents a rigorous R&D portfolio of new technologies developed in collaboration with leading research institutes and industries will lay the foundations for the implementation of a future circular collider.

The time window for preparing a high-energy physics research infrastructure ready to operate after the LHC is narrow.

LEP and LHC have shown that a time frame of approximately 20 years is appropriate for the design, construction and operation of large research infrastructures.

The significant lead time and complexity of a large-scale research infrastructures calls for a global coordinated effort. The goal is to ensure the seamless continuation of the world's particle physics programme after the LHC era.

The discovery of the Higgs boson was a milestone in the long-standing effort to complete the Standard Model of Particle Physics.

This model is a self-consistent and predictive theory, which has so far proven successful at describing all phenomena accessible to collider experiments.

Yet the Standard Model cannot explain certain observations, such as: the abundance of matter over antimatter, the striking evidence for dark matter and the non-zero neutrino masses.

Theoretical issues such as the hierarchy problem, and, more generally, the dynamical origin of the Higgs mechanism, do point to the existence of physics beyond the Standard Model.

The frontier machines envisaged by the FCC study offer a rich experimental programme spanning almost a century. The unprecedented precision and high energy reach, will extend well beyond the LHC our search for answers to the most fundamental questions.

While it is important to anticipate the discoveries possible at the FCC, which may relate to fundamental puzzles in physics such as the nature of dark matter or the origin of the baryon asymmetry, it is also important to keep in mind the project deliverables which are not speculative, including the discovery of Higgs boson interactions with itself.

The physics opportunities offered by the FCC accelerator complex are thorougly discussed in the first volume of the FCC Conceptual Design Report.

Creativity and innovation are paramount for exploring in full the physics opportunities provided by such powerful accelerators.


The FCC study develops different scenarios for a post-LHC large-scale research infrastructure that could offer a rich physics programme for the rest of the 21st century.

The first branch of the FCC design study (FCC-ee) is a high-luminosity, high-precision lepton collider located in the same tunnel as a possible precursor to the hadron collider, and complementary to it.

An electron-positron collider will perform high-precision studies of the Higgs boson and other known particles. Delivering collision energies between 90 and 360 GeV and high luminosities it will offer unique sensitivity to possible new phenomena at energies of tens of TeV.

A decisive improvement in precision measurements of electroweak observables and of particle masses would play a crucial role, by integrating sensitivity to a large range of new physics possibilities. The observation of significant deviation(s) from the Standard Model predictions could mark a discovery and indicate the scale at which new physics is at play.

A future lepton machine would bring the comparison between theory and experiment to a completely new level allowing for profound investigations of the electroweak symmetry breaking, and begin a broad search for new physics over several orders of magnitude in energy.


The great potential of hadron colliders to discover new particles has been demonstrated in the past decades, following the rapid development of accelerator technology. The last building blocks of the Standard Model have been directly observed by experiments at previous hadron colliders (SppS, Tevatron, and LHC).

A future 100 TeV hadron collider (protons and heavy-ions) will have an energy seven times that of the LHC, a step equal to the one that took us from the Tevatron to the LHC. Such a collider will give access to the smallest scales and the most energetic phenomena in nature.

Billions of Higgs bosons and top quarks will be produced, creating new opportunities for the study of rare decays and flavour physics. A future hadron-hadron collider will allow the study of Higgs and gauge boson interactions to be extended to energies well above the TeV scale, exposing in detail the mechanism underlying the breaking of electroweak symmetry.

The programme of a future collider facility must aim at conclusive responses to key quantitative and conceptual questions that may not be answered otherwise. For example: how does the Higgs couple to itself ? Do the light generations of fermions get their mass from the Higgs boson ? What was the nature of the electroweak phase transition ? Are weakly interacting massive particles (WIMPs) a component of Dark Matter?

The high-energy hadron collider (FCC-hh) operating at 100 TeV, with a total integrated luminosity 30 times higher compared to the LHC provides a unique opportunity to address these questions while it can profit from the complementarity of a lepton machine (FCC-ee) that can be realised as a first step.

The study for a hadron-lepton collider aims to bring the physics of deep inelastic electron-proton scattering to a new horizon.

A hadron-lepton collider could be the finest microscope for studying quark-gluon interactions and possible further substructure of matter in the world and synchronously operate with the FCC-hh.

This programme, accompanied by unprecedented measurements of strong and electroweak interaction phenomena, the hadron-electron collider is a unique complement to the exploration of nature at high energies within the FCC complex. 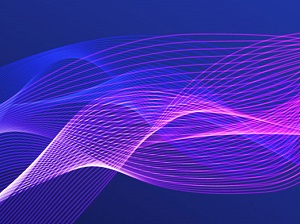 The HE-LHC project features a proton collider, which extends the current energy frontier by almost a factor 2 (collision energy of 27 TeV) and an integrated luminosity of at least a factor three larger than the HL-LHC.

In connection with four experimental detectors, this infrastructure will deepen our understanding of the origin of the electroweak symmetry breaking, allow a first measurement of the Higgs self-coupling, double the HL-LHC discovery reach and allow for in-depth studies of new physics signals arising from future LHC measurements.

The project re-uses the existing LHC underground infrastructure and large parts of the injector chain at CERN. While 27 TeV is well below the 100 TeV target of the FCC-hh, the increase of energy and luminosity compared to the HL-LHC represents a significant improvement over the HL-LHC reach.

Technologically, the FCC design enters in a new region. The realisation of such machines relies on leapfrog advancements of key enabling technologies that can find numerous applications in other fields.


The foundations for these advancements are being laid in focused R&D programmes:


Numerous other technologies are needed for reliable, sustainable and efficient operation.


Technology R&D relies on interdisciplinary synergies, taking into account the experience from past and present accelerator projects. The effective interplay of different science and technology domains-accelerator physics, high-field magnets, cryogenics, vacuum, civil engineering, material science, superconductors, to name but a few. This integral approach that brings together experts from different fields is the key to success.

An extensive R&D programme presents a number of opportunities for universities, research institutes, and industrial partners from all over the world.

The FCC Conceptual Design Report documents certain directions for future technological developments to enable the sustainable and efficient operation of such a large-scale research infrastructure.

The international FCC collaboration, hosted by CERN, brings, as of today, more than 150 institutes from around the globe.

The FCC study is open to universities, laboratories and research centres of scientific excellence, as well as to industrial partners from all over the world. The goal is to form a core of globally coordinated actions that can converge towards a single vision for a truly global research facility.

The FCC study prepares the ground for geographically well-balanced contributions in the different fields of this endeavour.


It also ensures that the global scientific community is involved from the very start of the endeavour.


The past has shown that pushing further technology and engineering frontiers in particle physics and accelerator design generates significant societal benefits.

The FCC collaboration, includes a number of high-tech industries that have developed in Europe, partly due to previous efforts in fundamental research. The FCC study acts as an innovation catalyser for large and medium sized high-tech companies. The ongoing technological developments can lead to products and services while preparing the next generation of enterpreneurs and innovators. Strong emphasis is given on superconductivity and high-field magnets, novel materials and processing techniques, modelling and simulation tools, power efficiency and cost-efficient tunneling. Further areas are documented in detail in the FCC Conceptual Design Report.

The study presents opportunities both for well established companies in Big Science projects as well as for small and mid-size partners, which are vectors of emerging technologies.

The FCC Collaboration is committed to the goals of sustainable development and aspires to present a trully "green" research infrastructure. To achieve this goal, environmental requirements and guidelines established by the CERN's host states, European Directives, international standards and best practices are applied across all activities including the design of a new research infrastructure for the 21st century.

The FCC collaboration takes into account the ecological and financial implications of energy consumption and considers energy management particularly important. As shown in the FCC CDR, the goal is to develop a sustainable operation scenario for FCCs and ensure their maximum energy and cost-efficiency.

This effort informs also the numerous R&D programmes launched in the frameowork of the FCC study. Several domains are considered: designing energy efficient equipment and infrastructure, novel methods for cooling and more efficient materials, reusing the excavation material respecting the principles of a circular economy, recovering energy from waste energy for other purposes and educating users on responsible energy use.

The FCC study is an international endeavour, fostering cross-disciplinary research in many knowledge domains. Such a set-up provides an ideal opportunity to strengthen women's representation in the global science landscape within the next decades. Bringing the gender gap offers an invaluable richness in dealing with very complicated tasks.

Furthermore, the FCC collaboration is committed to work towards creating equal opportunities, transgressing cultural, social and geographical boundaries. An effort that informs every discipline covered by the study.

The FCC study offers a well-balanced mix of senior staff and young scien- tists carry out conceptual studies, giving them opportunities to improve hard and soft skills in a highly international environment, strongly focusing on training future particle physicists, engineers and the next-generation of industry leaders.

In parallel to training in physics and engineering, the study also offers opportunities to develop a number of soft skills. These will integrate with best-practice project management skills, providing an ideal practice-oriented training ground for future leaders in research and engineering.

The FCC-study provides a unique and excellent ground for training future generations and inspire students and educators. The rich and diverse R&D programme attracts significant interest from the next generation of scientists coming from different fields and equips them with diverse skills providing an ideal training group for future leaders in research, industry and engineering.